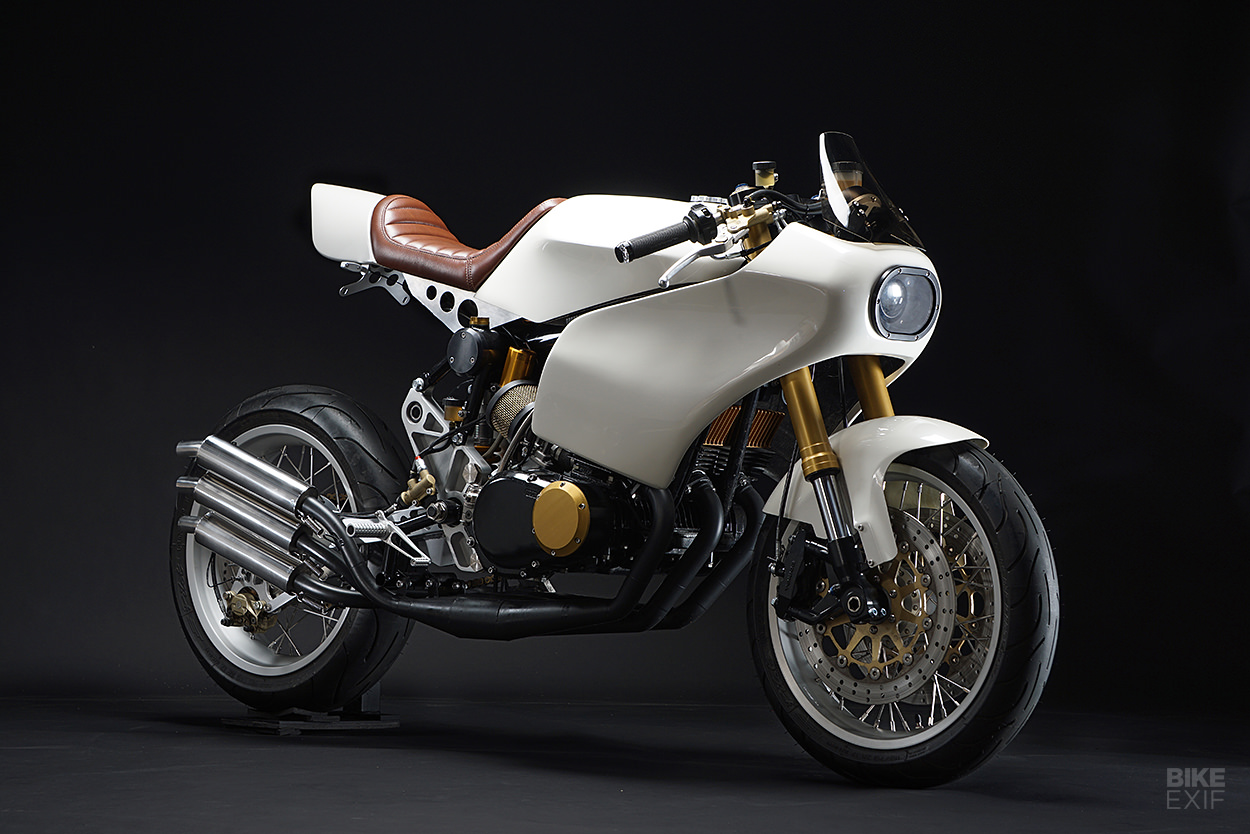 Time is the enemy if you’re a one-man-band working in the custom scene. Builds can drag on and on, especially if you’re working part-time or after hours. Weeks turn into months, and even years.

So Sean Pelletier, the man behind The Motoworks in Rochester, NY, set himself a challenge. “How quickly can you build a very custom, very high quality bike?” he says. “The idea was to eliminate (or minimize) the amount of wasted time and labor that often goes into a custom.”

Sean started out by choosing a mid-70s GT380 as a donor, and picking ‘performance/sport’ as the style of the build. He roughed out some basic geometry, then figured out what he wanted the Zook to look like.

Sean called in Denver-based industrial designer Jeremy Lacy for help with the design. “Working with the mechanical parameters that we’d established, he helped us to figure out the bodywork,” says Sean. “Once his sketches were finalized, the mechanical design of the bike could be finished and the bodywork designed in 3D—turning the 2D sketches into workable 3D parts.” 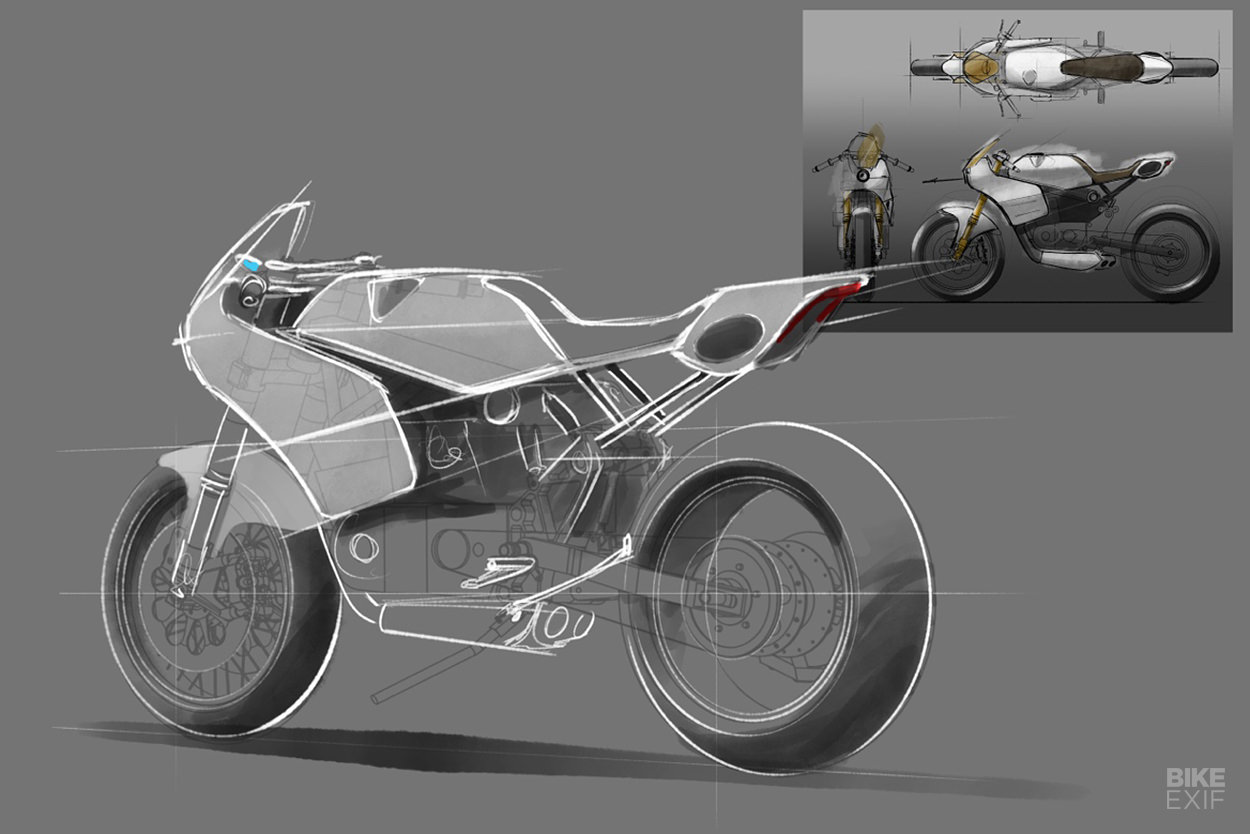 The design of this GT380 was broken down to a series of parts that could be machined or welded; the build itself involved putting the pieces together like a kit. “Since the pieces were all carefully designed in CAD, no time was wasted in reworking things once they were built,” says Sean.

“For example, we didn’t have to worry about the front fender hitting the fairing because we already moved the parts around in CAD to make sure there was no interference anywhere within the range of travel.” 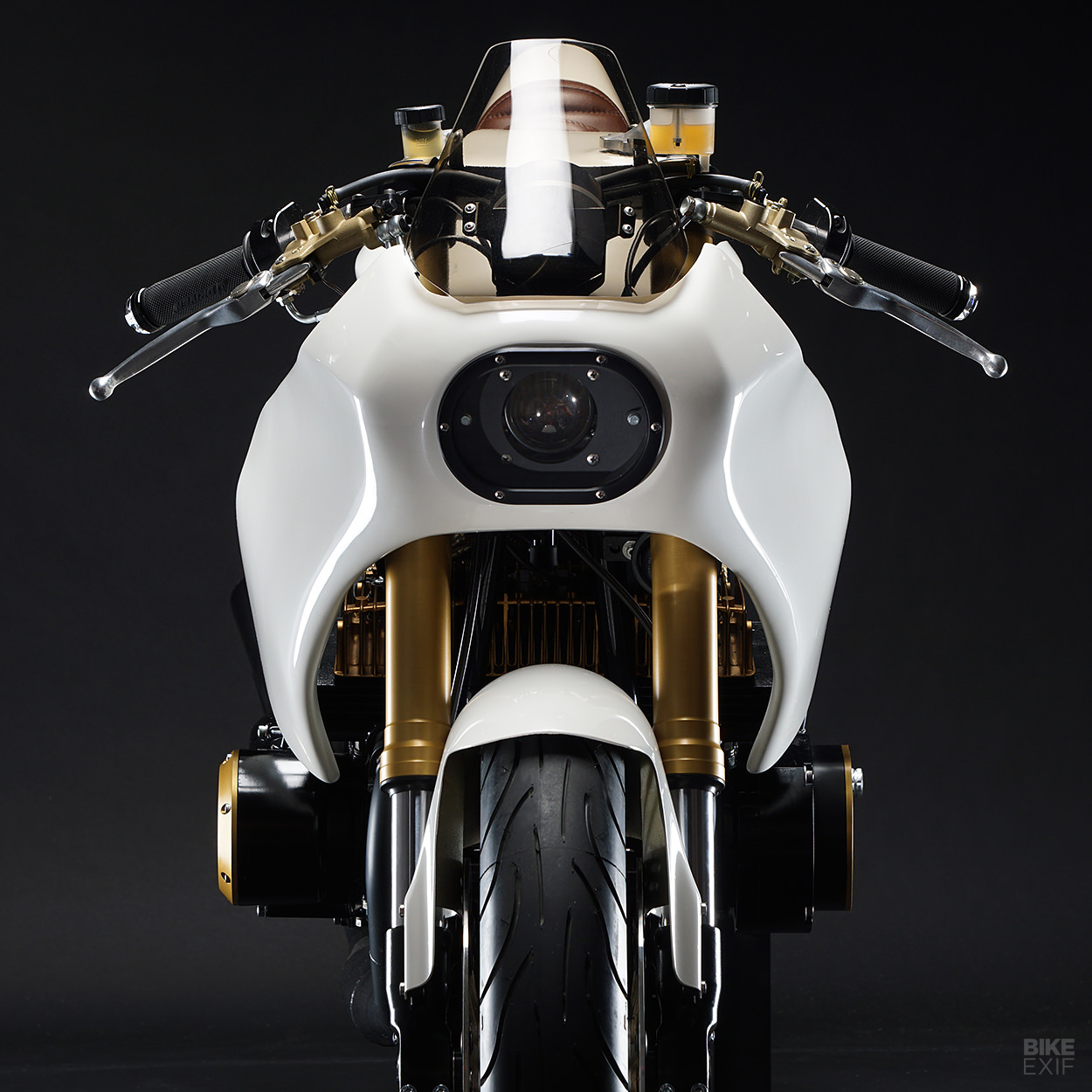 The two-stroke triple has been rebuilt with mild tuning, and modifications to the port timing and compression ratio. Sean carefully measured and modeled the engine in MOTA, an engine simulation program designed for two strokes. “It can also be used to simulate changes in exhaust design, to maximize power,” says Sean.

The engine was completed with custom covers: “Just dress up parts, but they look nice with the rest of the bike.” The new exhaust has stainless steel expansion chambers that were designed using MOTA, laser cut and welded, then ceramic coated in satin black. 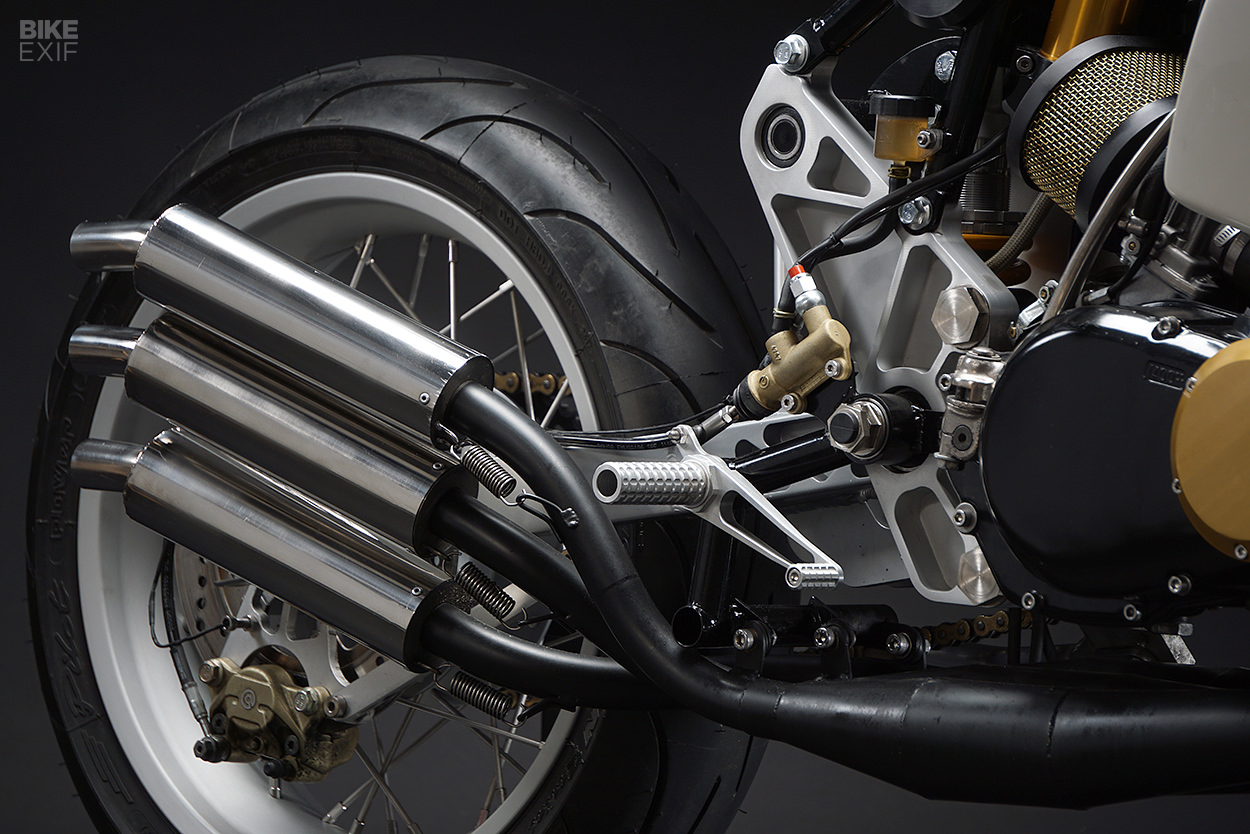 Incredibly, Sean also built a new frame for the GT380, using DOM (drawn over mandrel) steel tube, with integrated fuel and oil tanks. It’s hooked up to GSX-R600 forks that have been revalved and resprung to suit bike and rider. The back end is suspended by an Öhlins shock, slotted into a custom linkage.

“It was all designed using Tony Foale’s software, then modeled in SolidWorks—to verify safety, and to check that the theoretical design would do full travel without any clearance issues,” says Sean. 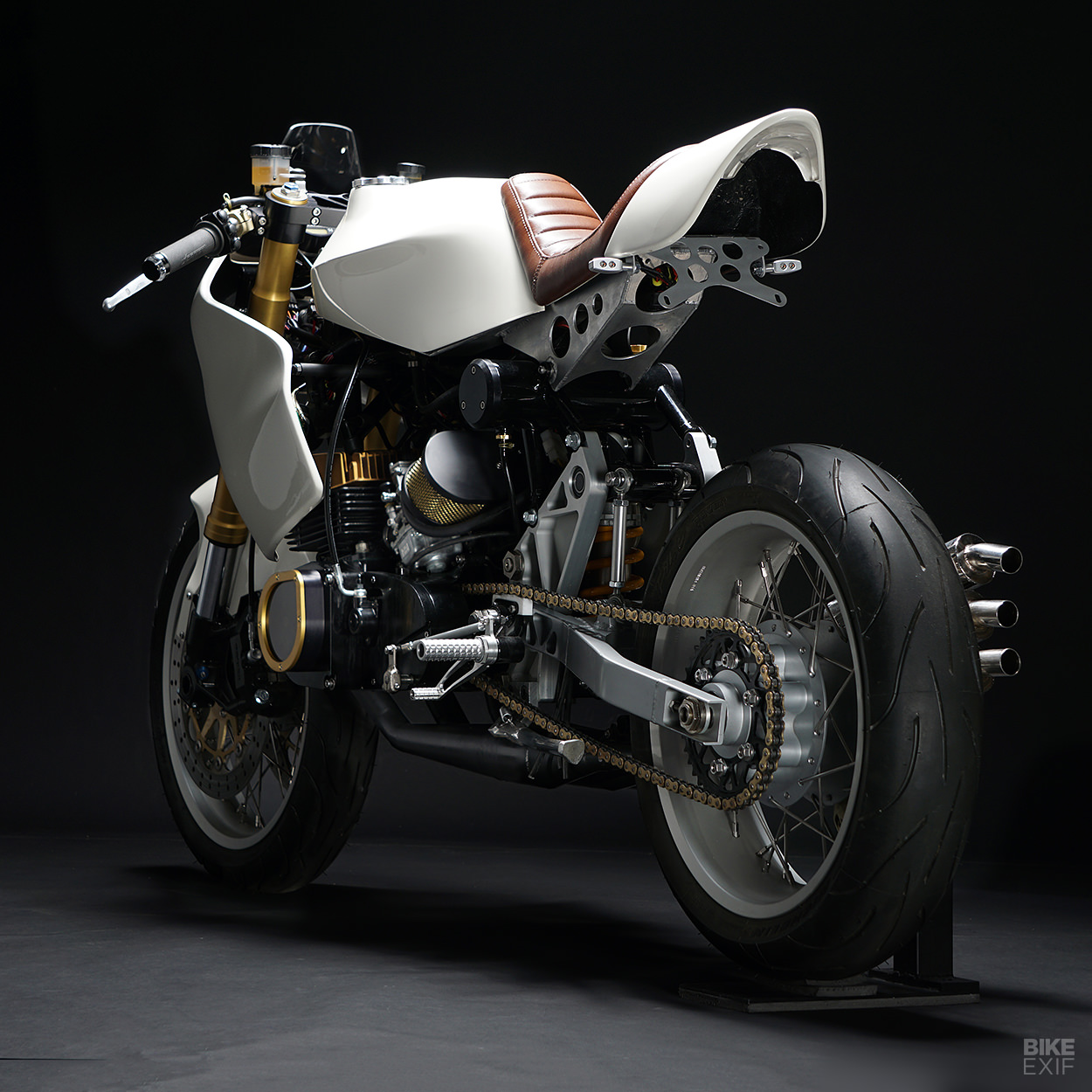 The suspension is connected to hubs that were designed and machined in house, then powdercoated and sent to Buchanan’s for lacing and truing to the rims.

Once the core of the GT380 was sorted, Sean turned his attention to the peripherals. The fuel tank is an aluminum cell that fits under the custom fiberglass tank cover, and is an integrated part of the subframe that holds the seat. “The main tank is plumbed to the frame tank, so that they act together—and don’t require any complicated switching while riding.” 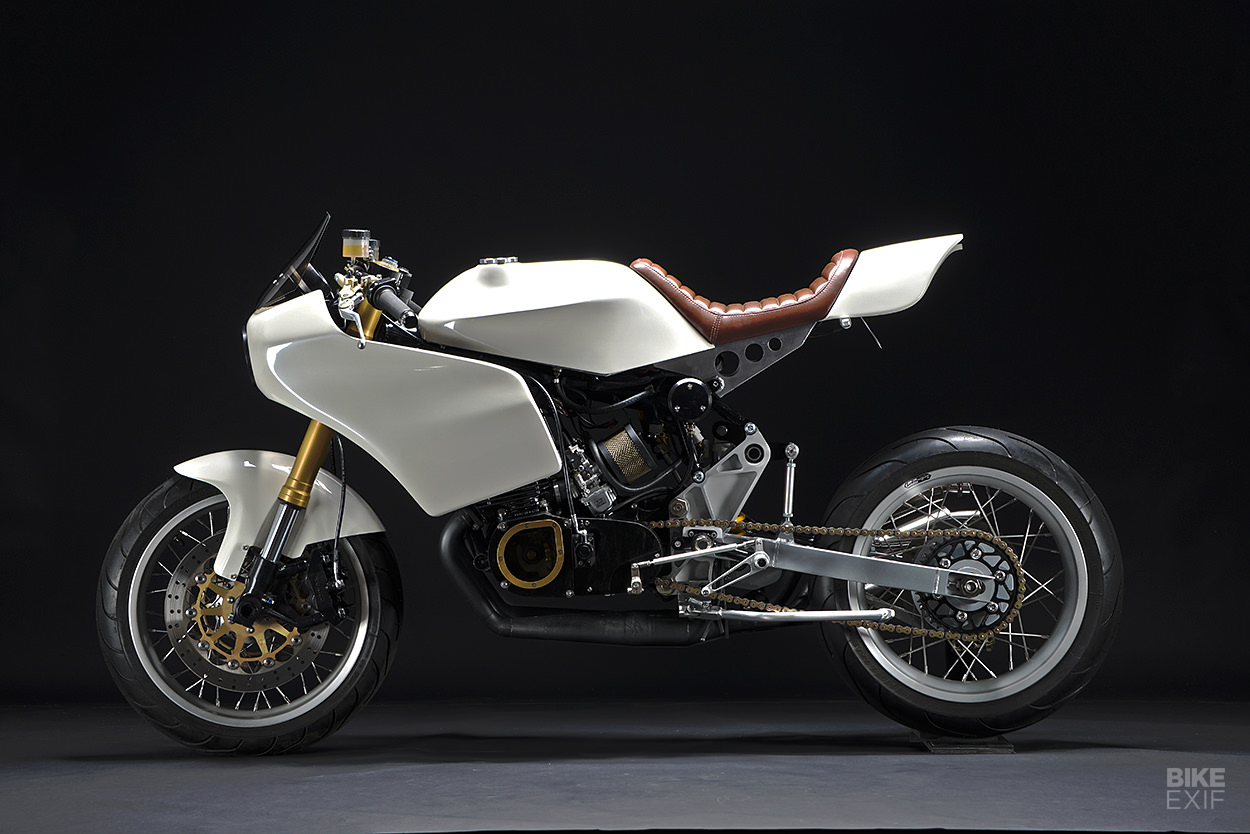 Like the rest of the bodywork, the tank was created using CNC-machined patterns that were turned into molds for the fiberglass. Flushed into the front fairing is a HID headlight with a custom designed enclosure, but the brake light is a one-off machined from polycarbonate.

Sean chose a pearlescent warm white for the final finish (a trend we’re increasingly seeing at the moment in the custom scene) and commissioned a leather seat unit from Ginger at New Church Moto. 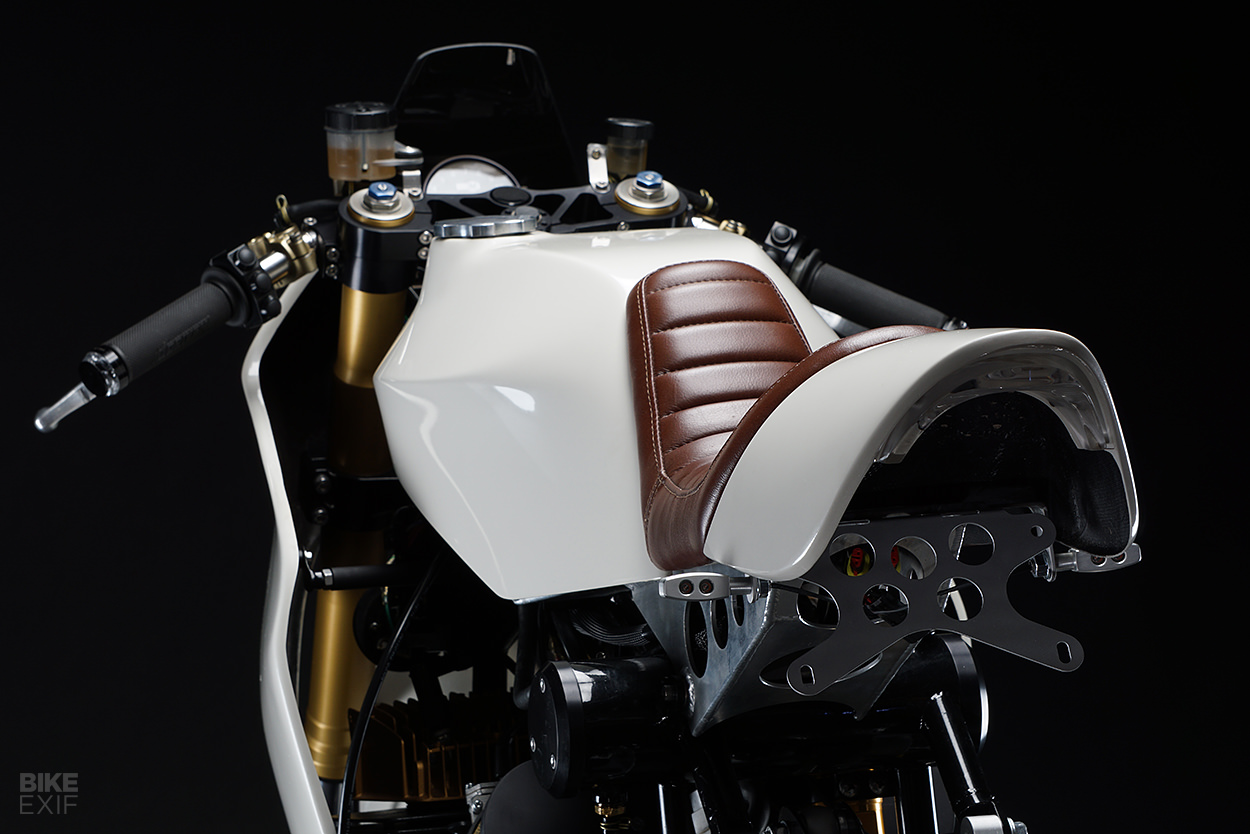 The clipons and rearsets are also custom—manufactured in house rather than being off-the-shelf—but Sean has chosen master cylinders from Brembo. The bike also features a hydraulic clutch conversion to give a more precise feel over the original cable unit.

The know-how built up from this project is going to stand Sean in good stead. “As we build more bikes, we’re also developing and manufacturing a line of high end custom products,” he says. “The Suzuki features quite a few of these parts, like the rear turn signals and plate holder, the clip-ons and rearsets, and an RFID lock module.” 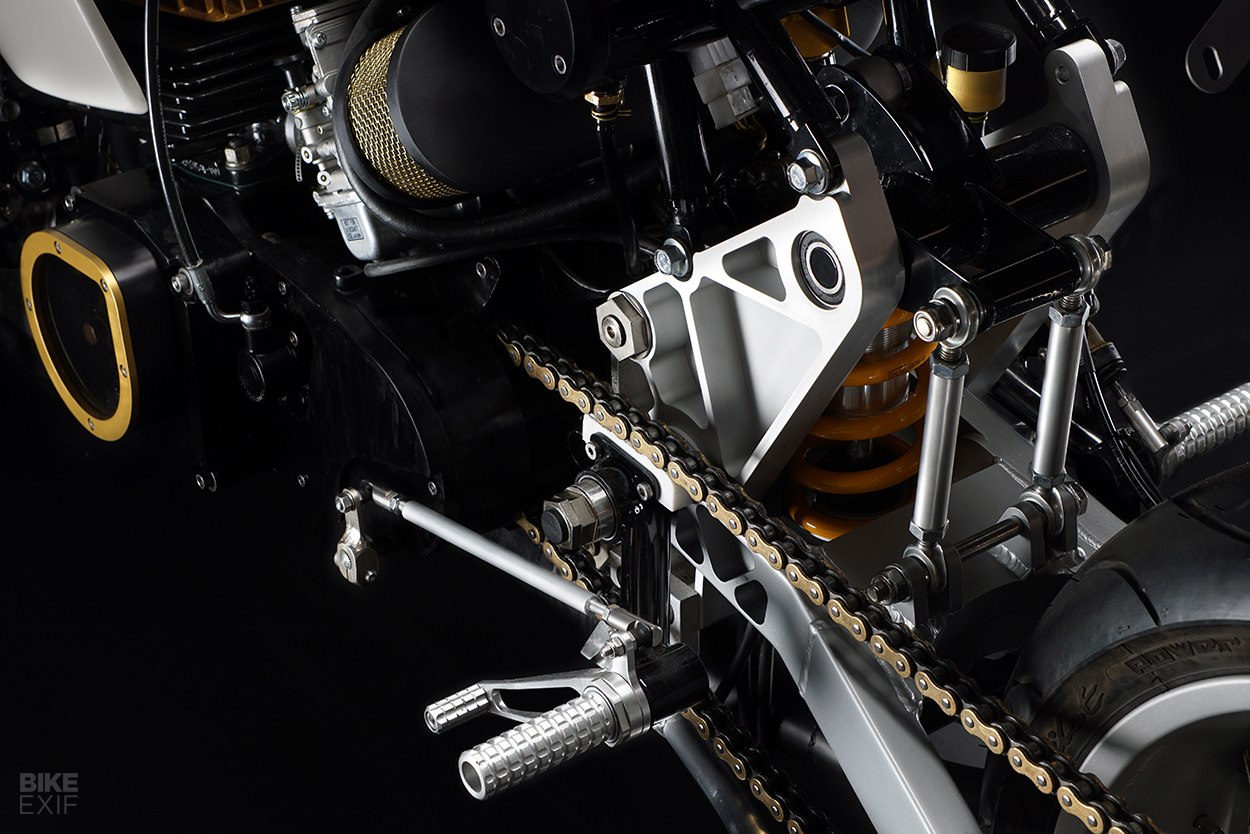 So did Sean finish the Suzuki in record time? It depends how you look at it: the build took about six months of 20-hour weeks.

That’s probably average for a typical custom bike, but this one has a custom frame, engine mods and one-off bodywork, so we’d say it’s a good result. “On the next build we hope to make fewer mistakes and streamline the process further,” Sean says. 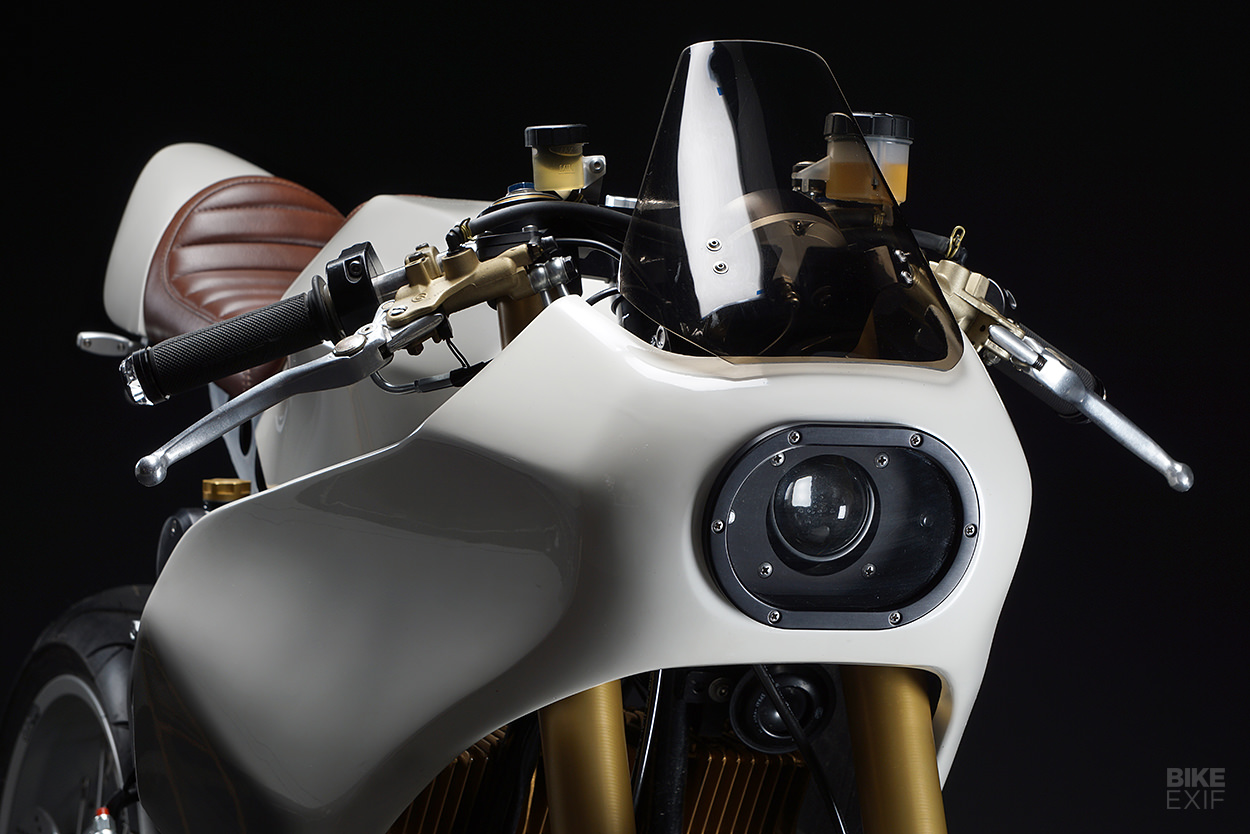 Sean has ridden the GT380, but not in anger: “I’d hate to crash a show bike before we’ve even had pictures done! But it handles really well—feels a lot like riding a very light CBR600, with stellar braking and no noticeable squat under acceleration. Lean-in is quick and the bike feels nice and grippy in the corners.”

Sean has already impressed us with his Ducati 900 SuperSport, but this GT380 is next level. It puts him in that small coterie of builders with otherworldly skills—both traditional and modern. 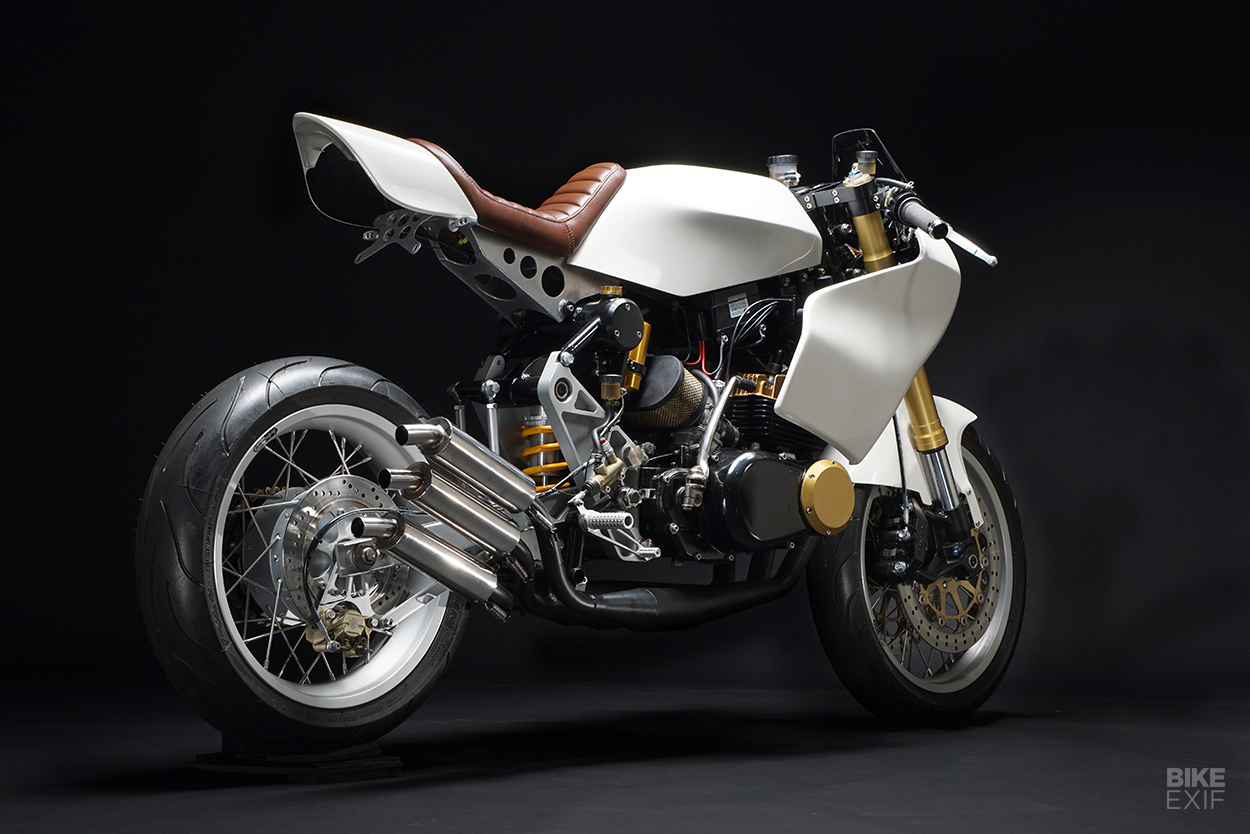